Evan Scrimshaw: Georgia, the Early Vote, and Living Through History

(We're once again pleased to have Evan Scrimshaw (@EScrimshaw) write this column today for us as a guest writer. Evan has years of experience with global election forecasting and is an expert on Australian, American, British, Irish, Scottish, and Canadian electoral politics. We're excited to feature his work here.)
One of Britain's great cultural products is Desert Island Discs, a BBC radio show whose premise is fairly simple - what 7 songs would you bring with you to a desert island - but often leads to some of the more memorable moments. A source of many an anecdote about some of the most interesting and powerful people in the world, the show has long been a stomping ground for future Prime Ministers. In 1996, Tony Blair did the show, and chose a deeply eclectic group of songs, but the one that always stood out to me was 4th Of July, Asbury Park (Sandy), an early Springsteen ballad. As he introduced the song, he talked about how it was one of the things that connected him and his future wife.

David Cameron, a decade later, provided a list that was similarly personal, but a combination of entirely sensible choices but also absurdist ones. For a British man of Cameron's age, This Charming Man or Fake Plastic Trees makes complete sense, but for a Conservative leader to love the music of The Smiths - a band that once sang that "England is mine, and it owes me a living," beloved by a Etonian Tory? Absurdist, to say the least, but even then, it felt… right, in a weird and stupid way. It didn't seem like Cameron was trying to do something, it just seemed like a reflection of who he is.

Jon Ossoff's rise from failed campaign bust to potential saviour of the Democratic Party has probably been the most shocking development of 2020, a sacrificial lamb tossed out there to lose to David Perdue because the actual big names of Democratic politics in the state - Michelle Nunn, Jason Carter, and Stacey Abrams - all took a pass on the seat. His 2017 campaign - moreso, honestly, the campaign of the people who were controlling him, given the listless and useless nature of his public facing comments - was a joke, designed to make very online Resistance Twitter people like him, and because he lost, he was written off as a joke. Why Beto O'Rourke wasn't given a similar treatment for a similar loss, I don't know, but that's neither here nor there.

What's so interesting is that Ossoff has in some ways decided to be himself - at least, that's the guess, because you can't fake the moments of real, pure contempt that Ossoff shows Perdue. 2020 Ossoff is a portrait not just in Ossoff, but in breaking the mould entirely, in showing oneself to the electors and trusting them to make the right decisions. Will it work?

On Friday, Nate Cohn decided to drop a bomb on the Georgia discourse with an estimate that the current lead for Democrats is not in the 6% range (as the model of this site's proprietor previously suggested), but closer to 11% (in line with the current, updated forecast) - a lead that would be a lot more robust to a strong, but not insanely so, Election Day turnout surge for the GOP, obviously. I've never really bought that Democrats were in as tight of a race as the conventional wisdom has said, or what past models of Lak's model said before he came up with his fix to incorporate race and party instead of pure geographic reprojection. Now, Lak's modeling and my own priors are more aligned, showing an electorate that would have voted for Joe Biden by 5%, based on a proportionate turnout model.

Cohn wouldn't go that far himself, expecting a higher Election Day turnout than in November, as a function of both the high stakes of the election (Senate control is a big prize) and the fact that once you control for the lost days of early voting due to holidays, turnout drops aren't as big. Now, this could be correct, which is why even the most bullish forecasters have the race Lean D, but I think Cohn may be talking up GOP chances on the day just a tad. But, at the end of the day, his data lines up with the basic theory of this race - the GOP need a huge turnout surge today, or they'll lose. They could get sufficient turnout, but that's not the same thing as saying they're as likely as not to get their turnout.

Will Democrats get their prize, both in the form of a Senate majority and the satisfaction of flipping both Arizona and Georgia Senate seats in the span of one Presidential cycle? The crown jewels of the Blue Sunbelt, providing the Democrats the barest majority in the Senate is something out of some Demographics Are Destiny-style writeup from 2015, written after the red state Democratic annihilation of 2014, and yet, we're maybe 3 days away from it. The road to get here - tortuous, long, and difficult, full of what-ifs and close calls, of disappointments in Maine and Florida - has made people gunshy, nervous, and scared. We are living at the junction of history, and everyone is rightly terrified.

2020 was a year of living through the exciting parts of history, the parts that will be remembered. In some ways, so has the entire Trump Presidency. The thing that you can't know the answer to unless you've lived through history is whether it felt momentous in the moment. Sometimes you know - I think the moment the NBA shut down in March was a moment where we all knew something that would be forever remembered was happening, but it's not always apparent.

The case for Democrats winning Georgia is that Black voters are turning out in substantially higher numbers than in the General Election as a share of the electorate, and that white voters will be a smaller share of the electorate. Even more so, rural whites will see the biggest drop in electorate share, which means Republicans are trading their best voters for their worst ones. It's hard to win when that's true, and that's what we're looking at. Either white suburbanites need to radically shift right from November - which the polls don't say is happening, at all - or the GOP need a substantially whiter and more rural electorate on Election Day in January than November 3rd - a tall task.

Will Democrats win? Thoughts race through my head as I try to answer that. I remember thinking they'd win Florida in 2018, and Maine in 2020. I thought Ron Johnson was dead in Wisconsin just over four years ago, and I even allowed myself to believe that Democrats could get Evan Bayh back into the Senate in 2016. All of these moments, all of these lost chances, all of the pain, it all floods back as I try to answer those three words.

Will Democrats win? I'm also thinking of what my songs would be if I ever went on Desert Island Discs - music plays such a role in understanding oneself, and the first choice is obvious - Jeff Buckley's Hallelujah. It's playing behind me, but I can only hear Buckley sing but two lines: "love is not a victory march/It's a cold and it's a broken Hallelujah." Cold and broken are the best ways to describe Democrats, tired of getting their hopes up after having them be dashed in the Senate time and time and time again. Maybe it's just blind optimism, or maybe it's the data, I don't know anymore. But I feel hope. I've planted the flag on my marble arch.
Will Democrats win? I think so.
Lakshya Jain
UC Berkeley '19 (BA, Computer Science), '20 (MS, Electrical Engineering and Computer Science). Software engineer and the creator and editor of politicalsalad.com. Please feel free to contact me at lakshya (dot) jain (at) berkeley (dot) edu. You can find my twitter at twitter.com/lxeagle17 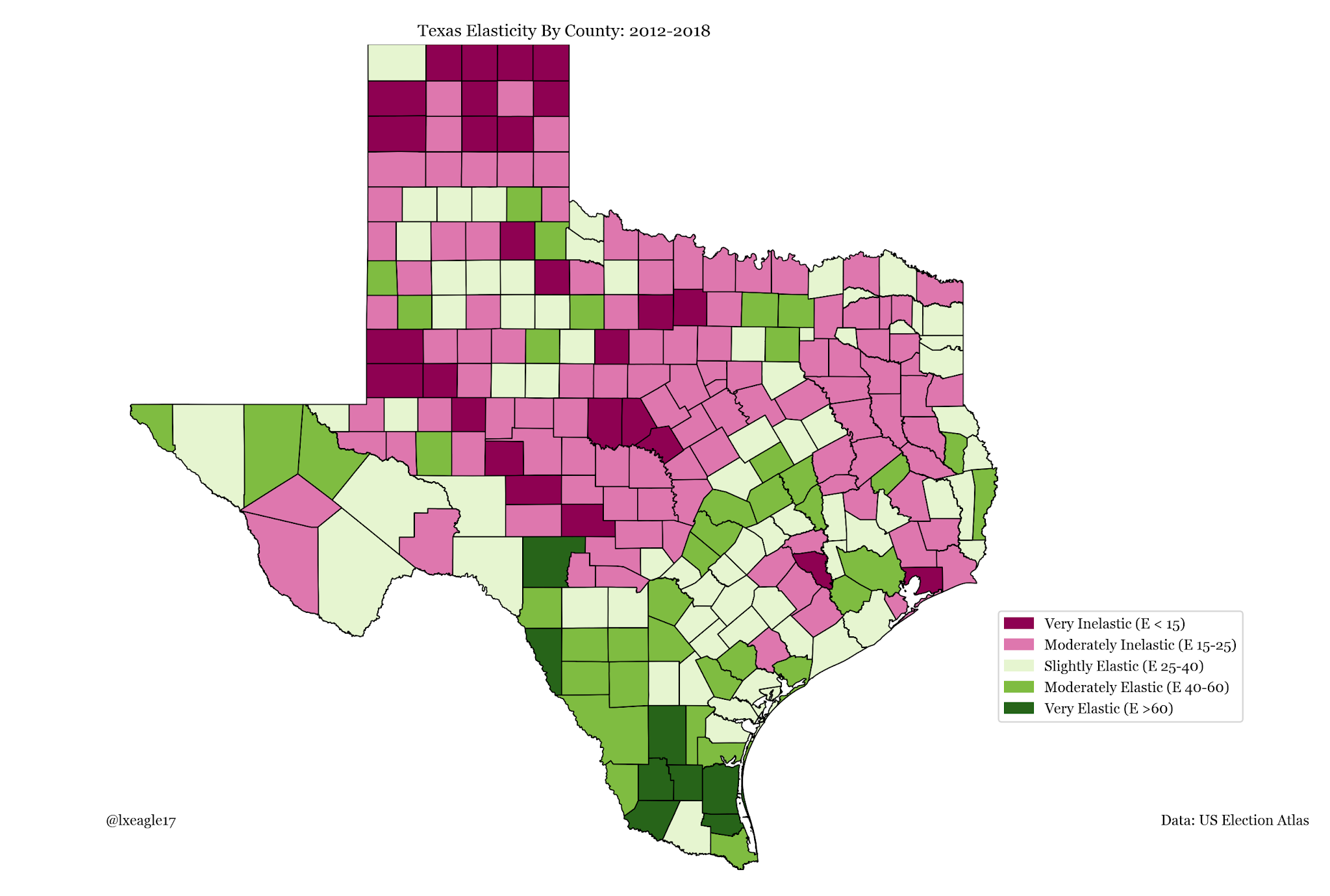